Last week I had a chance to sit down with the newly hired Scott Vogel to share our story. I’ve never met a food critic before. Certainly not one that’s a baker and a transplant from Texas to boot. This New York born and raised entrepreneur is a lot to throw out at a newbie. I am happy to say we parted ways as new friends and Steiner’s has a new fan. Welcome to New York, Scott.

On a lazy Glen Head afternoon the other day, Jennifer Steiner Pool met us with a loud voice, pixie haircut and a passion that would peel paint. It’s the sort of passion one only finds in someone who truly believes she’s selling the greatest coffee cake in the history of the planet, one that, thanks to word-of-internet, has made its way onto breakfast tables in South Dakota, Alaska, “weird towns in Louisiana” and more.

These are places that have never heard of Glen Cove, where Steiner’s Coffee Cake of New York is baked. They know only the crunch of brown sugar, the melty moistness underneath, the fissure veins of cinnamon. Closer to home, many never realize that the sweet they’re enjoying at Gemelli Gourmet Market North in Glen Head, Rising Tide Market in Glen Cove or The Dolphin Bookshop & Café in Port Washington is also gluten-free, which is just the way Steiner Pool likes it. To her, it’s the highest compliment one might pay a mad baker who spent decades perfecting the cake’s recipe — a bashful, infuriating genius by the name of Nanci. As in Steiner, Jennifer’s mother.

“My mom is this weird .  .  .” No, weird isn’t the word. “When we started the business, she was on the precipice of her 70th birthday — she’s now 72 — and I think it made her very nervous. .  .  .  She didn’t believe that a woman could start a business at her age.” Jennifer, 46, believed otherwise, quitting her job as a marketing specialist in 2016 to devote herself full time to the enterprise. “I wanted to give that gift to her.”

Nanci’s muse? Her father-in-law, who, in 1963, produced a coffee cake recipe whose deliciousness was the stuff of legend, a recipe Nanci was determined to keep alive, even after a diagnosis of celiac disease in the ’80s. Over the next 30 years, Nanci approached gluten-free baking like the former science teacher she was, experimenting with blends of potato starch, rice flour and other ingredients in hopes of mimicking all-purpose wheat flour.

“It took a lot of time,” said Jennifer, “because the research was basically nonexistent then from a pure science standpoint.”

Then, in 2016, a breakthrough: “I’m like, this is it,” Jennifer recalled. “It was amazing. I looked at her and said, ‘Mom, how did you make the flour?’ And she looked at me and said, ‘I don’t know. I didn’t write it down.’  ” She stared at her mother, struggling to maintain composure. “Start over,” she said. “I can’t help you if you don’t know what you did.”

Eventually, Nanci did write the recipe down, and in October of 2016, the Steiner family began selling her flour — kosher and organic — on Amazon and their own website. The coffee cakes hit retail shelves the next year, along with Nanci’s gluten-free brownies, scones and gingersnaps. Jennifer hawked them all at the Sea Cliff Farmers Market, where customers pronounced them light and luscious with no grittiness or sour aftertaste.

These days, she and her mother spend Wednesdays and Fridays baking cakes, and the rest of the week freezing and shipping their wares. Grateful letters, from the gluten-intolerant and non, arrive from around the country.

The pair also meet with potential investors and brokers intent on expanding Steiner’s retail presence, although Nanci has proved an unpredictable asset. (“Mom usually cries whenever we go somewhere, it’s pretty much guaranteed.”)

Nanci still doesn’t quite believe how much a woman her age has accomplished, it seems, and she isn’t the only skeptical Steiner. To some family members, Steiner’s Coffee Cake will forever be just a hobby, a project. What will convince them otherwise?

“When they see it in Stop & Shop. Then we will have moved past the project phase,” said Jennifer. 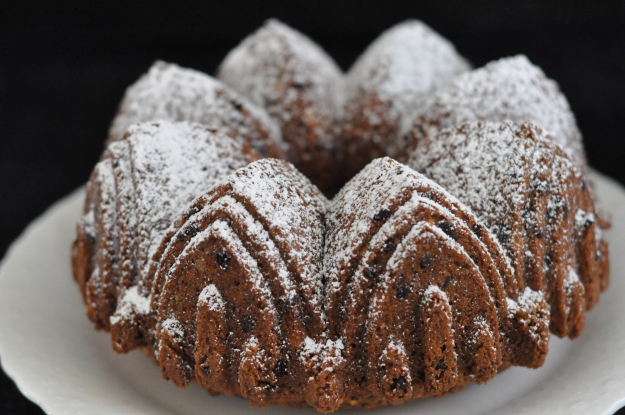 German Coffee Cake (Schuttelkuchen) – hailing all the way from Germany via the author’s time in country. Gretchen shares this wonderful recipe […] 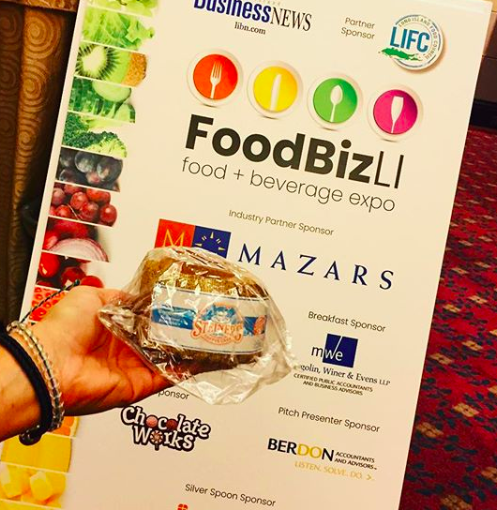 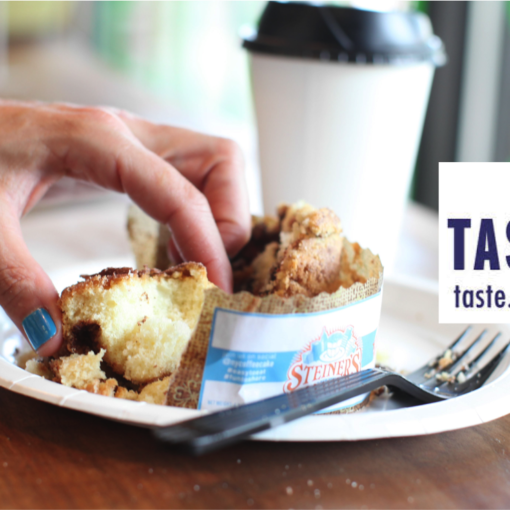 Steiner’s Coffee Cake of New York is proud to be approved as a Taste NY participant. #tasteny is the official eat-local, drink-local program […] 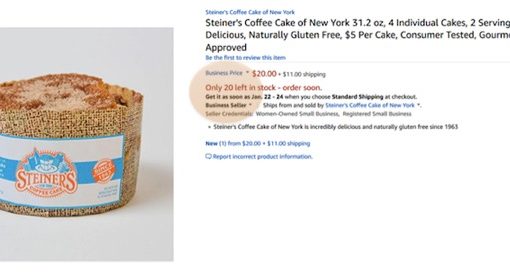 A Note From Your Bakers:

Watch our interview on @Spokininc 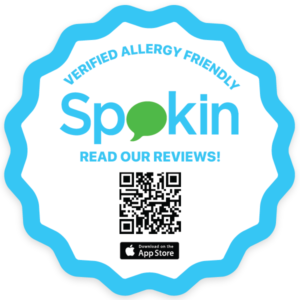 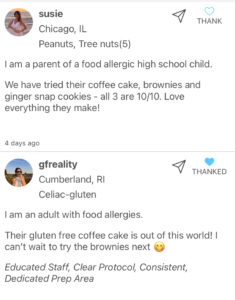 Hi!!!! I really really enjoyed the cake! I didn’t warm it up and it was delicious!!! I stuck the other one in the freezer to save for when I’m home again, and the brownie as well.

“I sent my cousin the coffee cakes and a sample brownie as a Thanksgiving gift. Her exact words were, “The brownie was amazing. So fudgy! For the coffee cakes she said, “Unbelievable The coffee cake is sooooooo Good. So light and fluffy and just the right amount of sweetness. Can’t believe its gluten free!” 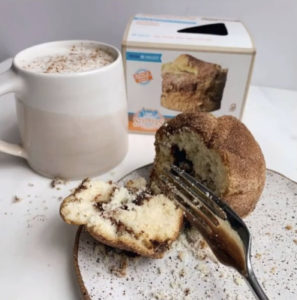 Stephanie Shopify Customer
“I just wanted to let you know that we love the brownies and the cookies! They are both so good. 🙂 Thanks again for all of your help, have a great weekend!” 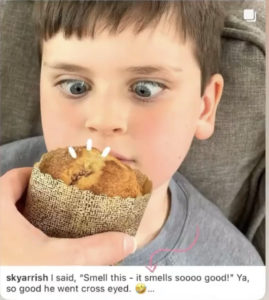 Anonymous Survey monkey Response:
“Absolutely mind-blowingly AMAZING!!!! I actually got nervous they weren’t really GF because they were THAT GOOD.”