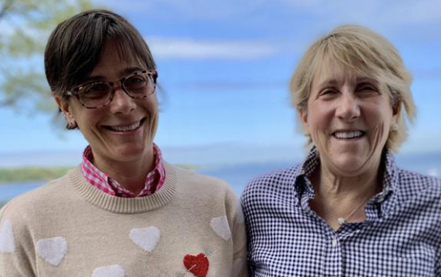 “For my mother (Nanci Steiner), this has been so surreal. Every time we have an interview she cries,” says Jennifer Steiner Pool, President of Steiner’s Coffee Cake. “It’s still not real to her. We’ll go to a grocery store, she sees the product, she’s crying. She can’t believe it.”

For Nanci and Jennifer, the story of Steiner’s Coffee Cake is deeply personal. It is the fabric that weaves together the generations of the Steiner family. A tie that was woven by an old school tin box that once belonged to Jennifer’s Grandfather (Malcolm Steiner) and was passed down to her upon his passing. Inside is nestled over 30 years of accumulated recipes and notes detailing the life of her Grandfather’s baking passion. “Some of the recipes he hand wrote and are completely illegible,” says Jennifer. “But he’s so cute – on the recipe cards he would put ‘excellent’ ‘2 checkmarks’ ‘4 checkmarks,’ he’d grade his own recipes, it was adorable.”

Malcolm’s coffee cake recipe in particular was a staple of the Steiner household. Four delicious layers of cake and cinnamon that was enjoyed for decades by all members of the Steiner household… except Nanci. “She was diagnosed celiac in the 80’s which was very very early in the curve of people understanding about all this stuff. Someone telling you they’re Celiac 35 years ago – they wouldn’t even know what you’re talking about. So she was always tinkering with his recipes because she couldn’t eat anything he was making.”

So for the next 30 years Nanci approached finding a gluten free flour she could bake with like the science teacher she was. “Her standards are pretty tough and she didn’t want to bake anything that a person who wasn’t celiac wouldn’t eat.”  Then in 2010, after retiring from teaching, Nanci focused harder on bringing her stepfather’s recipes back to life in a way that she could fully enjoy. “A lot of cakes died in our kitchen,” jokes Jennifer. “But we had this sense that she was on to something.” And then 6 years later in 2016, Nanci served Jennifer and her brother a coffee cake. “It was like Mom, you did it! You cracked the code!”

With a perfected gluten free coffee cake in hand, Jennifer responded like any good daughter would and…. quit her job. “My mother was furious; I think she still is. But I thought this was awesome and we have to take it to market. And she was 69 at the time and she wasn’t going to start a company at 69 by herself. But I thought ‘you have to go for it, you don’t want to regret this,’ and off we went.” “It was perfect because we didn’t want to launch with something that everybody else had like gluten free chocolate chip cookies or brownies. I can’t think of another national coffee cake brand besides Entenmann’s and Drake’s and they don’t even have real ingredients. And because coffee is so hot, it’s been a great place to us to start and an easy way to talk to consumers.”

With Jennifer’s background working small business turnarounds and a personal understanding of the market (Jennifer herself is a self-diagnosed celiac after a trip to the ER in 1997), Steiner’s was launched in 2016 with Malcolm’s tin box and Nanci working R&D in the kitchen. The company hasn’t looked back since. Scones and Ginger Snaps have already been added to the product line with many more of Grandpa Malcolm’s modernized recipes on the way. There’s a Pumpkin Spice Cake about to enter production, a mocha espresso biscotti and “Betty’s Birthday Cake” – the quintessential Steiner birthday cake composed of mocha and espresso chocolate layer cake and named after Malcom’s wife. “That birthday cake is religion for us. We’ve all had that birthday cake and even our kids now have it. My mother could never have it and now she has it almost ready to go in R&D.”

“My Grandfather’s spirit is being kept alive in a really fun way. Not in a million years would he guess that we would have done this. He was a tough, tall silent German Jew with not a smile to be had. But he would love to have seen this happening.” 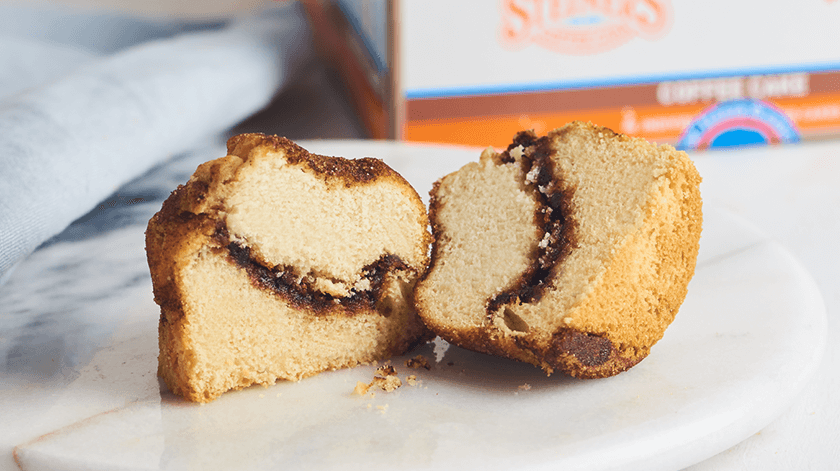 We are the business of producing sweet baked good. We ship M-W (except for carrier observed holidays) every week. We ship our packages 2-day service. If your order ships on Monday it will arrive Wednesday. We do not charge our clients the full shipping rate.

We are looking forward to fulfilling all of your orders. We will do everything we can to ensure your order arrives on time. Fedex is our preferred carrier. The do experience lapses in reliable service. We will always work to make sure your order is delivered or we will reship it.

We do not offer refunds for orders verified as delivered by a third-party source. We do strive to make every bite delicious. If you have any concerns at all regarding your order, PLEASE call us 9-5 M-F. We will always do our very best to make it right. You can reach us at 516-744-0200.